We are focused solicitors, specialised in medical/ clinical negligence; primarily delayed cancer diagnosis claims. As solicitors in this area of the law, we will claim the maximum compensation without fear or favour. 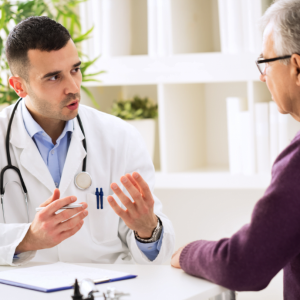 Lung cancer is when abnormal cells divide in an uncontrolled way to form a tumour in the lung. The main symptoms are a cough, breathlessness and weight loss. The treatment you need depends on what type you have as well as your general health. Treatments include surgery, chemotherapy and radiotherapy.

Therefore late or delayed diagnosis of lung cancer by a medical profession such as your General Practitioner or a consultant at hospital may result in additional suffering, pain, discomfort, loss of quality of life and even death.

How can you Claim Compensation for Lung Cancer?

In most medical negligence claims for late diagnosis of lung cancer, or a misdiagnosis, the following factors the solicitors will take into account:

Everyone knows that spotting and treating the signs of cancer is important for survival and better outcomes to include a better quality of life to to live cancer free.  Thus any delays caused by your General Practitioner or Hospital Consultant may reduce your quality of life and reduce the quality of life.

A  BBC News report found that “Doctors in Britain are 'missing opportunities' to spot lung cancer at an early stage”. The study found around a third of people with the condition die within 90 days of their initial diagnosis. Furthermore, a study conducted by BBC news has indicated that out of over 20,000 lung cancer patients over 30, a staggering 1 in 10 patients had died a month after diagnosis.

These statistics suggest a huge problem in terms of late diagnosis of lung cancer patients, a problem which has led to the deaths/ prolonged suffering of many patients. If you believe you have suffered medical negligence due to delayed cancer diagnosis, please Contact Us | Hutcheon Law.

They found people were more likely to die early if they were male, over the age of 80, currently smoking, were socioeconomically deprived, or lived in rural areas. They were also less likely to have had a chest X-ray requested by their GP in the four months before diagnosis.

It has been found that people who presented to their GP with symptoms of lung cancer were initially sent away and diagnosis of the disease was not made until up to a year later when the symptoms had not eased. These included a persistent cough, persistent breathlessness, an ache or pain when breathing or coughing.

Despite the symptoms of lung cancer being more apparent compared to other types of cancer, there’s still mass negligence in terms of misdiagnosis and late diagnosis which can be fatal.

With around 46,000 new cases per annum, as well as being the most common cause of cancer deaths in both men and women. Knowing the symptoms is vital, this will allow medical professional to diagnose the cancer at an earlier stage before it progresses in the hopes of being able to treat the cancer.

There are many symptoms for Lung Cancer which can be easily spotted, if you have or are suffering from any of these symptoms please speak to a medical professional immediately.

Follow the link below to see the symptoms in more detail. 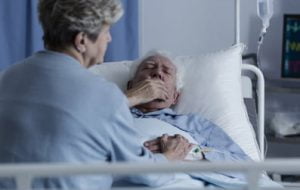 The Stages of Lung Cancer:

There are four stages of Lung Cancer, each getting progressively worse; which is why it is important to understand the symptoms early, in order to gain a diagnosis. The stages include:

Stage 1: Cancer is found but has not spread outside the lung.

Stage 2: Cancer is found in the lung and nearby lymph nodes.

Stage 3: Cancer has spread to lymph nodes on the opposite sides of the chest, or above the collar bone.

Stage 4: Cancer has spread to both lungs, around the lungs or to distant organs.

Further to the study, statistics provided by a BBC article indicates that out of 20,142 diagnosed Cancer Patients in a year; 1,071 had been diagnosed at death, 2,036 had died within 30 days of diagnosis and 1976 had died between 30 and 90 days of diagnosis. This leads to the conclusion that there’s mass medical negligence when it comes to late diagnosis of Lung Cancer patients.

In a report by the UK Lung Cancer Coalition (UKLCC), they found that patients diagnosed via emergency transmission are over five times more likely to die within one year of diagnosis in comparison to being referred via a GP, showing how severe an impact late diagnosis’ are making on the mortality rate of Lung Cancer patients.

In addition to this, the UKLCC has said that the UK ‘has some of the worst Lung Cancer survival rates in Europe, due to it being diagnosed too late’.

A report carried out by the Office of National Statistics indicates that 88% of Lung Cancer patients will survive for at least a year if diagnosed early in comparison to 19% if diagnosed late; therefore, showing the impact of medical negligence. Read more about this below:

How Can I Make A Claim?

If you believe there is a misdiagnosis or delayed cancer diagnosis, you should be able to claim for medical negligence.  For more information on who can claim if a loved one has died see our specialist website: dependency claims, who can claim.

When a loved one has died due to misdiagnosis of cancer, it’s possible to recover compensation on their behalf. You may be able to claim if you are the spouse or child of the deceased, or if you’re the parent of a child.

Often there is a three-year time limit after the date of the death to make a claim so you must provide your solicitor with instructions quickly.  The three year period may be extended. However, the sooner a claim is made the better.