Plane delay compensation, British Airways have issued an apology after passengers faced long delays at check-in at Heathrow and Gatwick on Sunday due to a systems glitch. 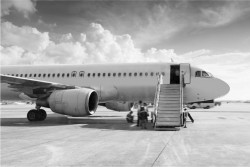 The airline is upgrading its check-in system and problems led to lengthy queues on one of the busiest days of the year for the airports.

Travellers, including TV presenter Philip Schofield, took to social media to voice their anger. Schofield ended up missing his flight from Heathrow.

BA apologised for the flight delays and said it had extra staff in place to help customers.   The airline said it had been phasing in the introduction of a new world-wide check-in system.  A spokesman added: “Our IT teams worked very hard to quickly fix a short-lived problem with our check-in system. We are sorry for the delays some customers had as they checked in for their flights.”

Plane delays can lead to compensation against British Airways if, for instance, your plane from Manchester, Liverpool, Newcastle etc was delayed by 3 hours or more, it was within the last 6 years and was not due to an “exceptional circumstance.” You will be entitled to plane delay compensation.