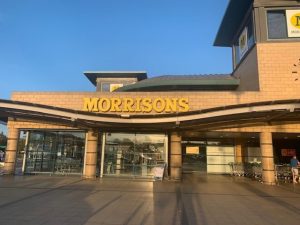 It is reported that almost 100,1000 Morrisons staff have had their personal data made public. The leakage of personal data included:

As a result a compensation claim has been made against Morrisons, for the unauthorised disclosure that has caused a great deal of distress and anxiety to those employees affected, for more information on how to make a claim click here: data protection compensation claim

The personal data breach giving rise to the claim resulted from an employee of Morrisons who deliberately leaked the payroll data of the employees.

Solicitors acting for the employees had brought one of the first large class actions against a company for the loss of and misuse of personal data, with over 5,000 employees exposed to a risk of identity theft and possible financial loss.

In addition an action may also lie in breach of privacy, breach of confidence and data protection laws.

The judge had held that the supermarket was ‘vicariously responsible’ for the act of their employee, this is because he was employed by the company and responsible for what the employee did, even though it was outside of his duty as worker for the company.

The employee was an internal auditor and had access to personal data about other employees. He became disaffected. Payroll data was downloaded onto the employee’s work computer which he then uploaded the data onto the internet, posting it under the name of another employee.

Morrisons have appealed the decision and the court is considering the appeal. Morrisons are arguing before the court that given the circumstances, it is not reasonable for them to be responsible for the disgruntled employee when he clearly went outside of his ‘normal’ duties as an employee, in fact embarking upon a criminal activity.

However, if the Supermarket succeeds, all claimants will fail, and no compensation can be made for the data protection breach, distress, loss and harm caused.