when when Andy Woodward revealed the football child abuse claims.  A staggering 83 suspects and 98 football clubs are more startling statistics that have been revealed in such a short time.

Our Solicitor Ronnie Hutcheon who is representing clients of child abuse claims over historic abuse considers that:

‘the scale of the abuse can now be viewed as a landslide, unstoppable and all encapsulating.  A crisis so huge that a full inquiry by the Sports Governing body The Football Association seem of little comfort to those abused and for guidance and assurance for future children chasing their dreams.’

The question that lawyers will want to ask the Football Association is what did they know?  If they claim to know nothing, then clearly they have taken their eye off the ball over decades of abuse to young footballers.

Have The Football Association any teeth and persuasion?  Have Premiership clubs too much power?  It is not a straight answer because the football child abuse is historical going back to the 1970s (and no doubt longer) when there was little slush money going around at the Clubs.

So what went wrong?  The simple answer at this time is that nobody really knows but there we can make assumptions.

The list is never ending but the Football Association appears not to have such basic safeguarding in place.  Yes they do mention child welfare on their coaching badges but it is lost in what coaches are there to do, to coach.  Welfare of children is more of a tick box that something that is given any priority.

From personal experience with obtaining my own Football Coaching badges and my son who at a football academy club, as a concerned parent, the Football Club has not addressed child welfare in any of its parent discussions.  It is just accepted that young footballers have to do what the coaches say and fingers crossed.

It is not good enough and much stricter controls must be adopted to save football child abuse claims.

Author and Solicitor/Football Agent Ronnie Hutcheon is dealing with historical football sexual abuse claims.  Any person affected by this article or wants to know more please contact him on our FREE HELP & SUPPORT LINE. 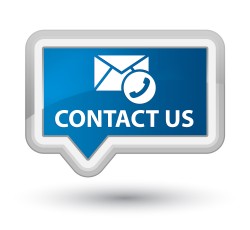