83 suspects and 98 clubs are now involved in the football child abuse scandal, the National Police Chiefs’ Council revealed.
Statistics have revealed that of the victims identified so far, 98% are male and their ages range from 7 to 20.

Many former players who were abused have not told their story until now due to feeling humiliated. The scandal is at present snowballing as more and more former football players are coming forward over historic football abuse claims.

It began when Andy Woodward surrendered his anonymity which people see as an act of immense courage and mammoth significance. One of the lasting truths about the football profession is that it very often seems to not be properly reported to the public. 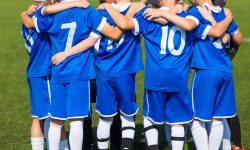 The investigation originally came to light when former Crewe Alexander player, Andy Woodward, decided to share his story about the abuse he suffered as a child when playing for the club. Since then, other big names such as Steve Walters, Paul Stewart, and David White, have come out and said they have also suffered the same abuse at the football clubs they played at when they were younger.

It is important to help those effected from the past and the present  in reporting the emerging football child abuse scandal, holding the Football Association and the rising list of football clubs accountable for the still-emerging failings on their part, and in bringing the stories of survivors to the audience they deserve. But the stories of why some stories were never stories … well, those are some of the most uncomfortably important stories of all.

Police forces from all around the country have had allegations reported to them, examples of some police forces who have been dealing with the child abuse scandal are:

If you have been subject to football sexual abuse as a child and feel that you would like to get justice for the suffering that you endured, contact R.James Hutcheon Solicitors to talk to one of our legal experts who will take a sympathetic approach to your individual needs.