Protection for children in football

Parents of young children who play football need to make sure that a scandal like the recent football child abuse does not repeat itself, but the question is, how do we ensure this does not happen again?

Historic child abuse claims within the football world which has recently come to light has alarmed many parents of young children who are involved in the game. However, there are many laws which were already in place to protect children around the time the football child abuse occured. For example, The Children Act 1989.

‘The protection of children from sexual abuse in the seventies and the eighties was not an alien concept. Court records and newspaper reports from those decades show that the sexual abuse of children in and out of institutions was a crime that was routinely prosecuted by the courts’.

‘The main criminal statute on sexual offences was the Sexual Offences Act 1956, but this had been extended by a series of acts including the Protection of Children Act 1978, which deals with child pornography’. 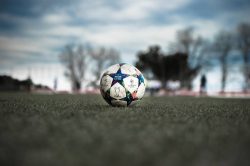 There is one main lesson to learn from the recent development of the football child abuse scandal. Things will go wrong when an organisation (in this case the numerous football clubs in question) puts its own needs above those of the children for whom they have a duty of care.

In football, that discrepancy is established by the large sums spent on adult players as opposed to those spent on basic child protection. We are only starting to learn what happened to child protection in football, but we need to know what is happening now as we do not want to let the future generation of footballers suffer like the past generation.

If you have been subject to football child abuse and feel as though you would like to get justice for what you endured, contact R.James Hutcheon Solicitors to talk to one of our legal experts for a free confidential chat.